For my 1999 installation, Fear of Schizophrenia, I collected nearly two thousand cigarette packs to understand my great-aunt’s obsessive behavior and paranoid schizophrenia. She collected paper, wrapping her possessions in Kleenex and storing them in sacks. She smoked incessantly, saving the foil of the cigarette pack to use as stationery and the cellophane as wallets. These filthy packages were an important feature of the installation. One year after reinstalling the exhibition and unable to depart from the packs, I kept them boxed in the backyard storage shed, elevated to keep the rain from seeping through the cardboard. Growing up in a house with 225 balloon-tire bicycles, thousands of bottles, telephone pole insulators, soda paraphernalia, rooms filled with cardboard boxes, golden age comic books, trunks of advertising material and endless amounts of artwork, I was convinced to live a life with minimal possessions. Suddenly the realization that I was collecting (never mind the fact that the object in question was trash) was unsettling.

Thus began the conscious decision to gather large quantities of objects, often undesirable items, placed in dilapidated environments and old containers. In Dark Mass, I want to visually portray the fine line between serious collecting and obsessing over a collection to the point where it controls one’s life. I search for the atypical, whether it is the accumulation of the article itself (hairnets, fingernails, and shredded books are not what one would hoard as precious objects), its placement (bicycles resting on their sides, photographs standing at attention, upside down doll feet), or its environment (globes and birdcages piled at the foot of a ladder leading nowhere). Most of the objects are fragile, poised to disintegrate into their surroundings. The large photographs reveal an obscured figure moving through the mass. The presence of this disguised person, the great quantity of items, and the dark atmosphere verge toward a dreadful psychological state – much like the place my schizophrenic great-aunt inhabited, amidst the mountains of paper sacks and cigarette foil. 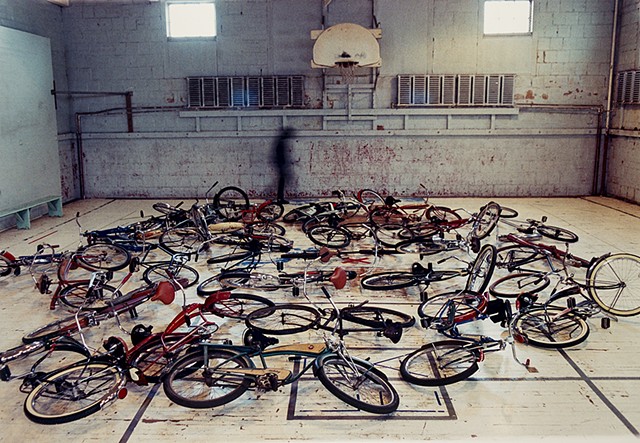 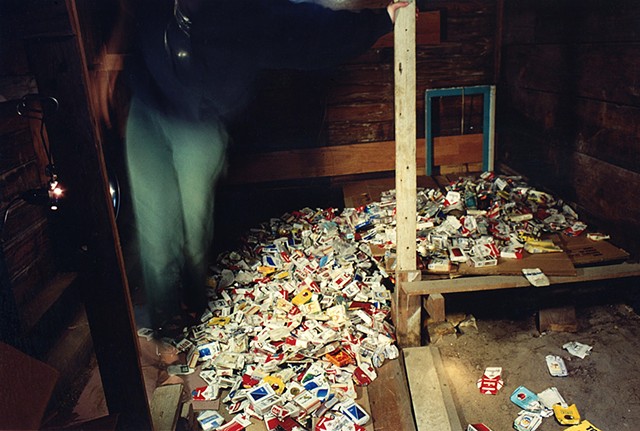 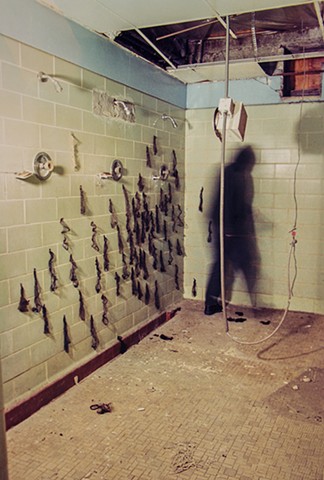 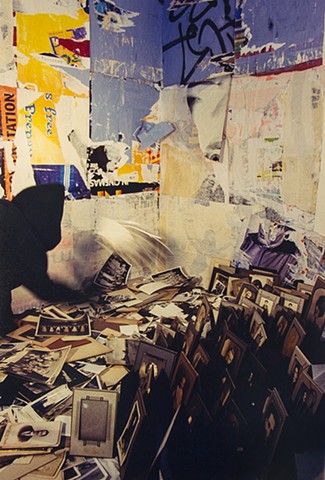 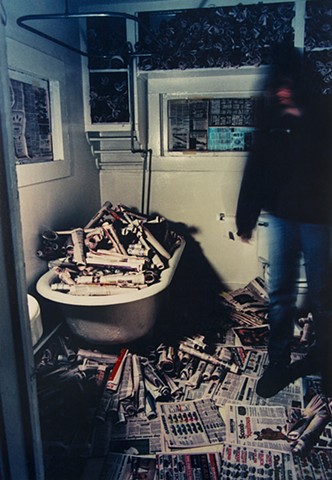 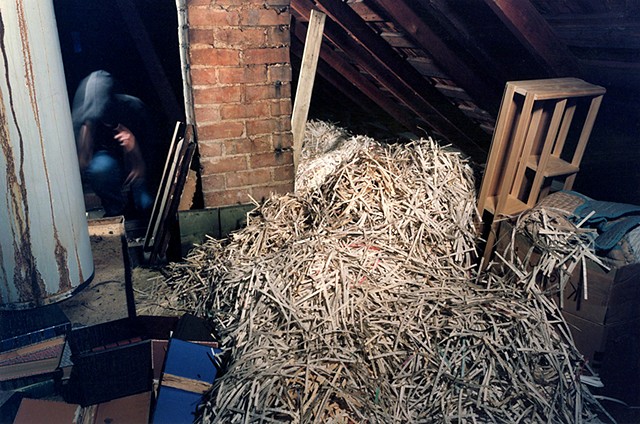 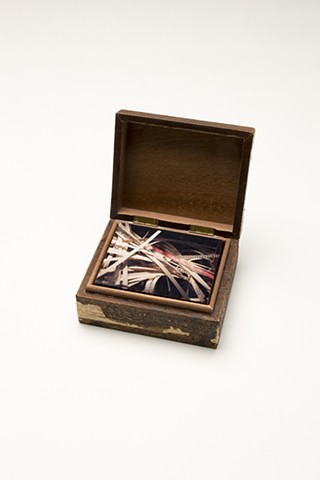 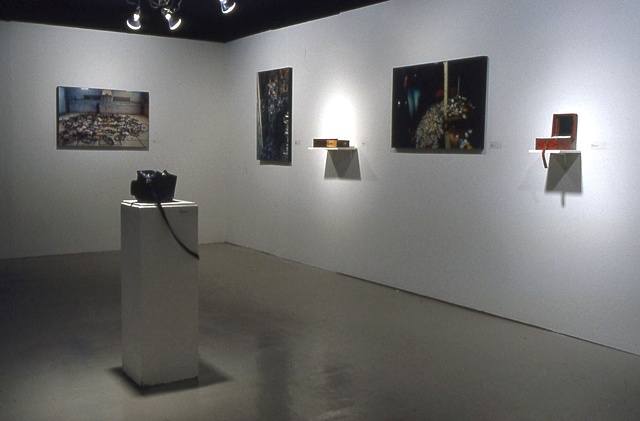