I was born into an Art Department and have spent all but two years of my life there. My father was a painting and drawing professor at Boise State University where, as a child, I watched him grade, helped him rearrange drawing chairs to face the modeling stand, and stared out the windows while he completed administrative tasks. Later, I would attend the same school, switch my major from creative writing to studio art, and enroll in the courses of the professors who had known me since birth. I moved to Tucson for a graduate degree and after seven years as an adjunct instructor, obtained a full time university job teaching photography.

It was not long before I noticed history repeating itself in the stories my father told and those that I witnessed first hand. In 2013, I began documenting six decades in an Art Department from the perspectives of the student and the professor. The series is divided into several categories including: an installation of photographs and objects entitled An Anonymous Inventory of Items Stolen from Art Departments, a visual response to a letter outlining nine outlandish behaviors witnessed while working in this field (and their accompanying typed text), conversations written on the blackboards or walls in the rooms where those activities took place, and straightforward photographs of the pedagogical environment. 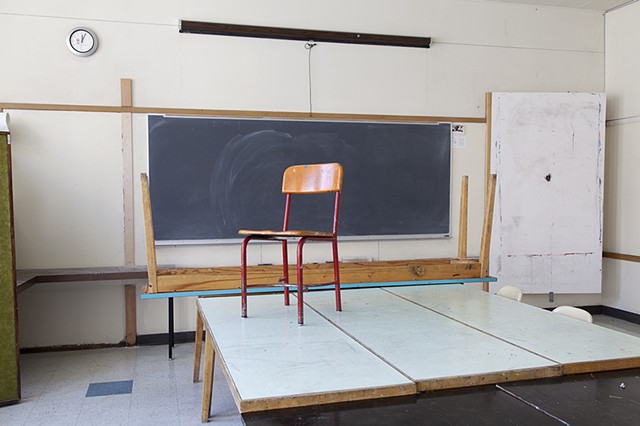 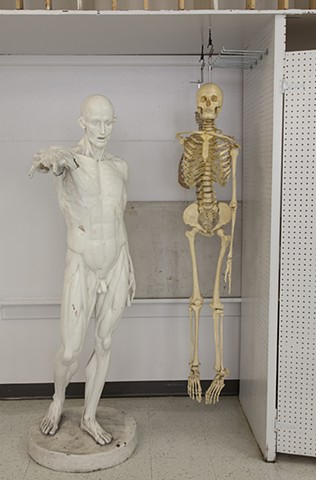 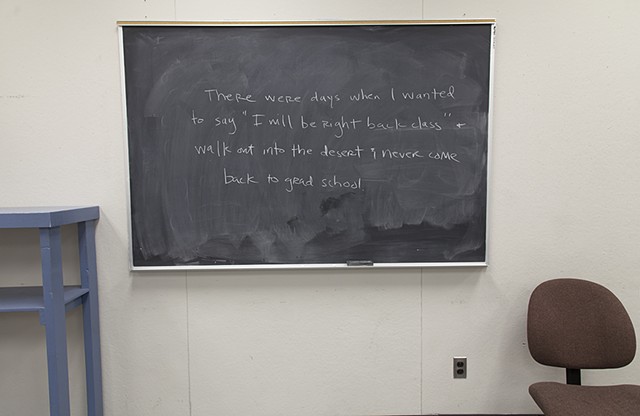 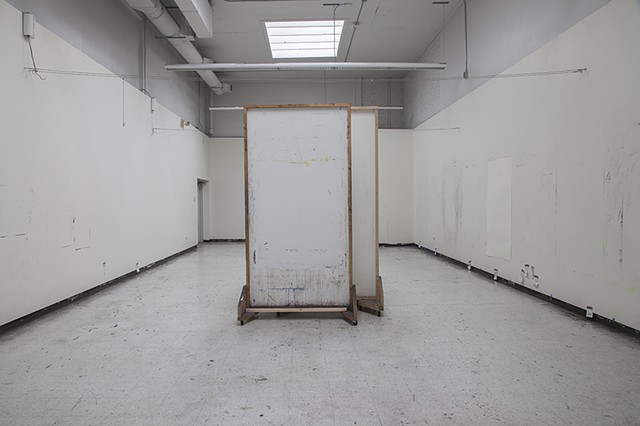 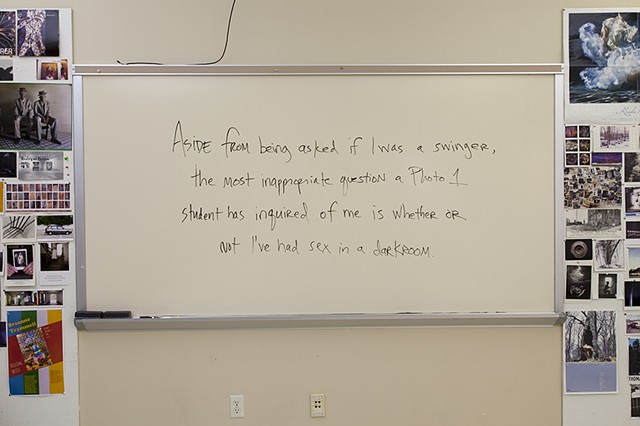 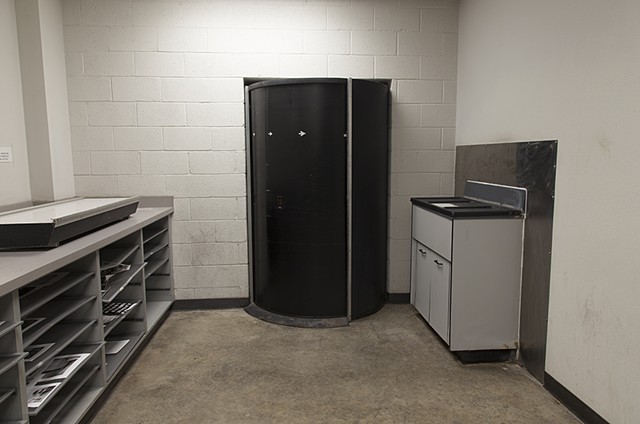 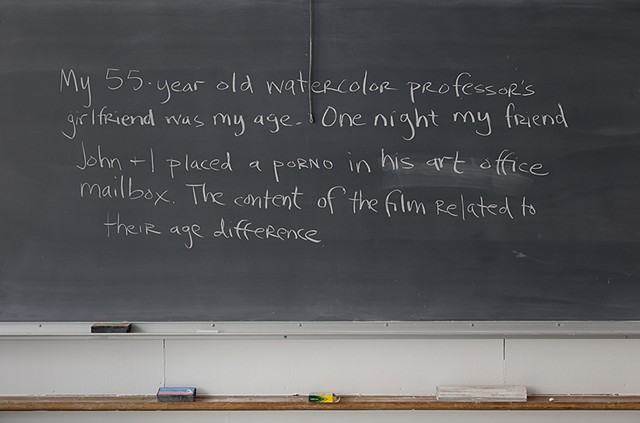 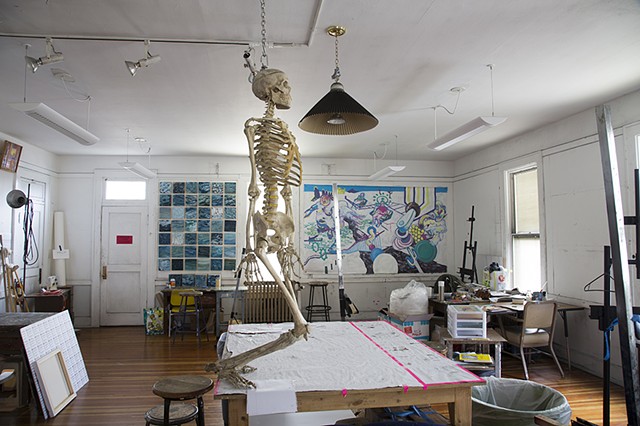 Oregon State University, The Room Where She Taught While Pregnant with the Twins
Archival Pigment Print
20" x 30" 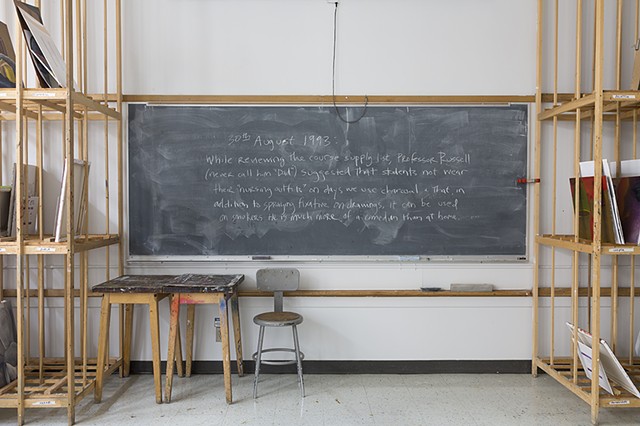 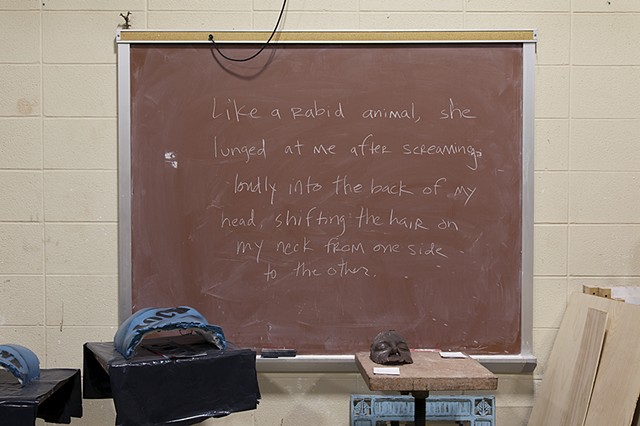 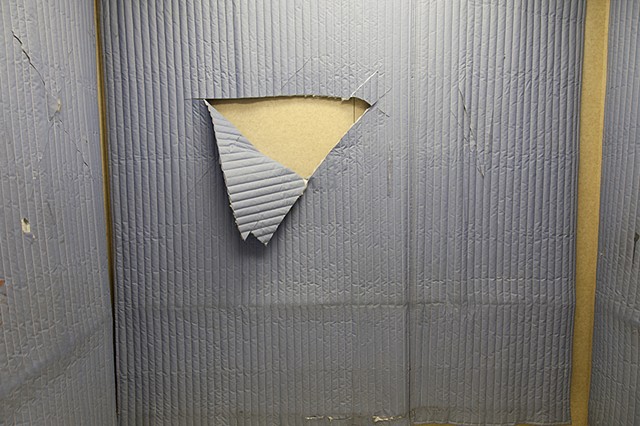 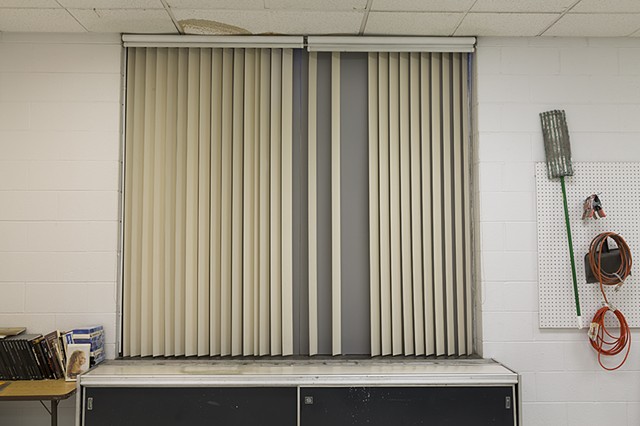 Room 251, Where Brent Pointed to the Light Streaming In and Taught Me How to See Color
Archival Pigment Print 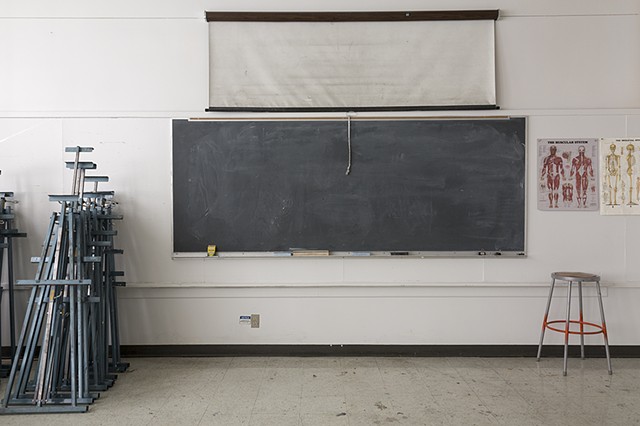 Room 111, Never Once Did the Peephole Into the Classroom Reveal a Thing
Archival Pigment Print
20" x 30" 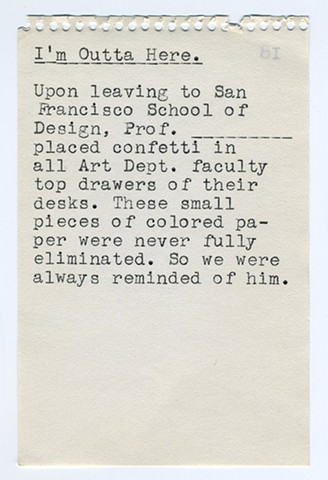 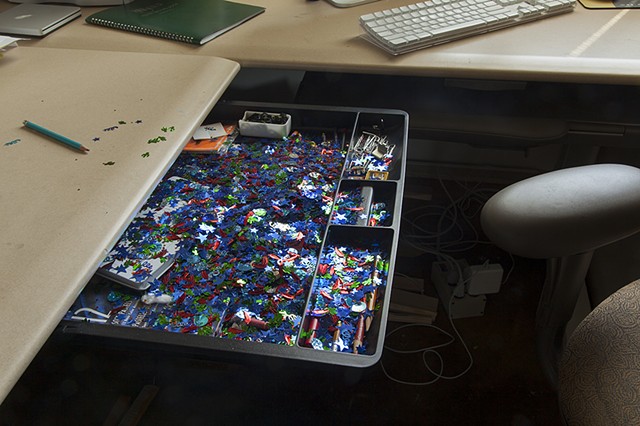 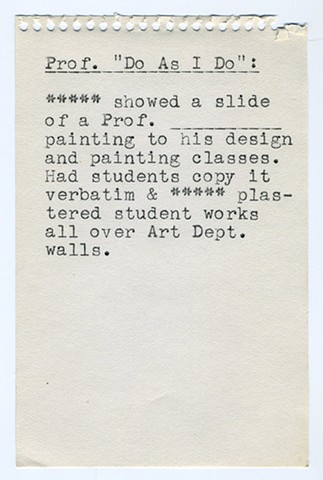 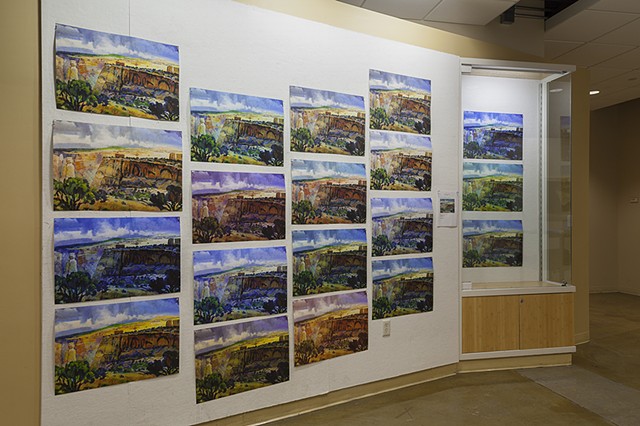