Metaphorical Antipodes explores opposites and extremes in location, age, attitude and knowledge. Most simply, it shows how “here” effects “there” and “there” impacts everywhere. This concept is represented through photographing fabricated landscapes in the studio and documenting their exact locations on earth. The first chapter, The Arctic Circle and Antarctica, focuses on climate change and the impacts of global warming as seen in Greenland, Iceland and the Antarctic Peninsula. The second chapter, The Border Wall, reflects on the physical divide between the US and Mexico, commenting on our country’s current relationship and ideological differences with this boundary line.

The globe is featured prominently and appears as a broken form, both halves formerly taped together, seawater escaping through the cardboard, encased in ice, and with paint spilling out of the interior. The 7’ inflatable helium balloon in The Border Wall is a political map, one that details not only the physical characteristics of the earth, but its political boundaries. Replicas of the planet in the form of globes, a circular puzzle, or balloons are a symbol for the antipode, directly referencing the word’s origins as a point of opposition and also, a stand-in for humanity and its fragility. 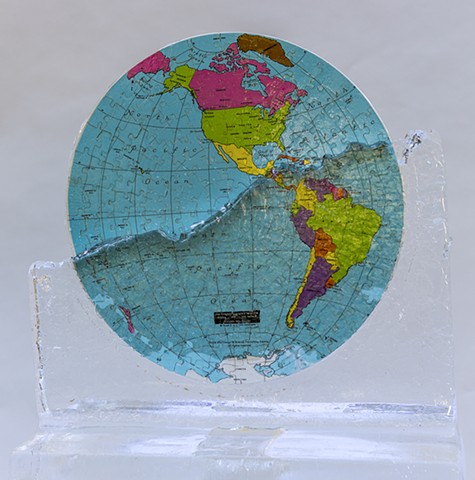 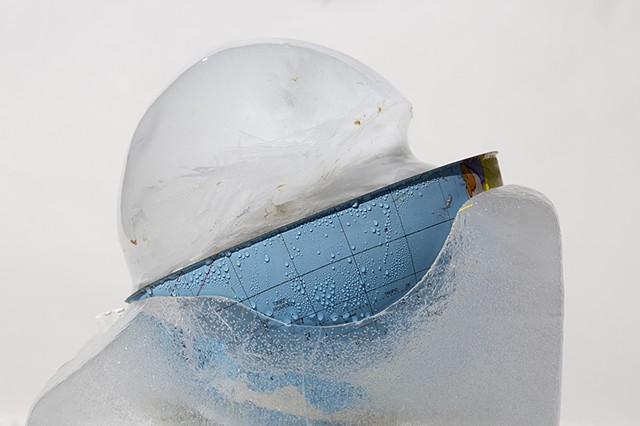 The Land With No Name, AZ (From The Border Wall)
Archival Pigment Print
40" x 60"