In 2005, I taught the History of Photography for the first time and was drawn to the 19th century studio portraits of people held down by invisible head clamps, subtly apparent by their awkward postures. They were the tortured victims of their era, holding still for long periods, sweating under bright light. I designed three crude clamps that were meant to be seen, not hidden, and sought to emphasize the rigidity of the poses.

Although I was inspired by Southworth and Hawes, Hill and Adamson, Dr. Hugh Diamond, and Guillaume Duchenne de Boulogne, these portraits are not emulations of the past. My subjects’ blank expressions draw attention to the objects they hold or wear; for instance Vernal the rabbit shed all over Mary’s brown hoodie showing the fear that Mary’s face did not. Mary became the pedestal for the prop and the clamp a secondary mechanism.

The objects are extensions of me and are placed with people that share a strong relationship with them. I asked the sitters to bring something of theirs and the image resulting from that collaboration is at times more successful. Hannah’s gigantic loaf of bread proved far more fascinating than old maps spread across her lap. Irony plays a large role in Left with My Own Device. The act of using a head clamp in this day of fast exposures and strobe lights is preposterous and can produce eerie and humorous results. In the end, I strive for psychological uneasiness and hope the viewer feels as uncomfortable as the subjects before them. 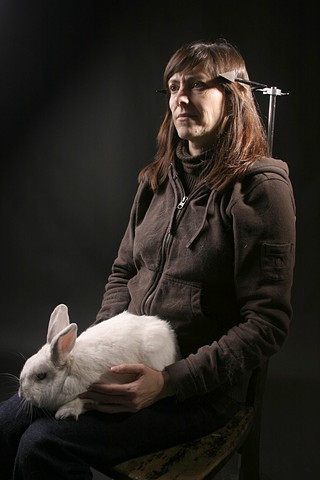 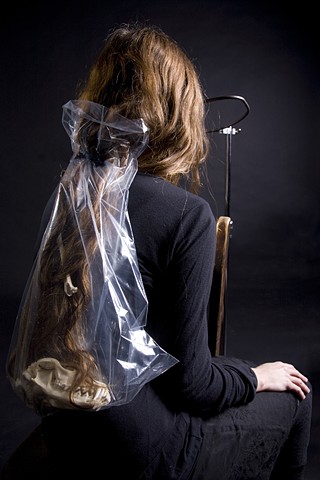 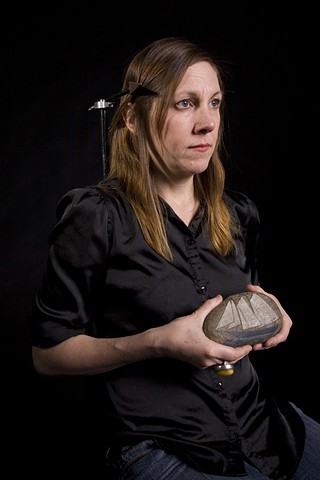 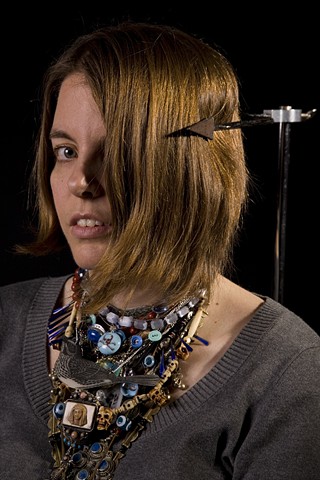 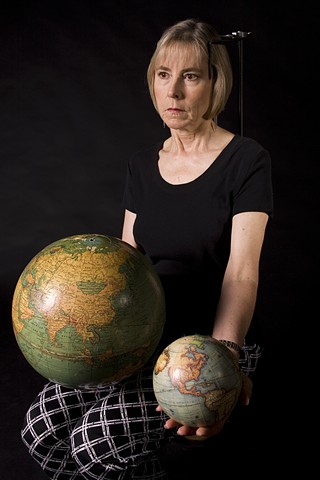 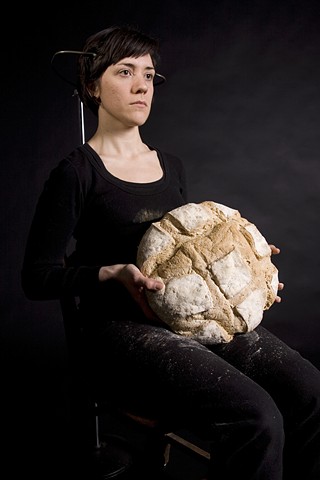