“I want to see things with my own eyes,” I replied when asked why I was driving along the US Mexico Border Wall in the summer of 2019. My intent was to photograph a 7’ inflatable helium globe along border towns in West Texas, New Mexico, Arizona, and California, commenting on our country’s relationship and ideological differences with this boundary line.

My association with the border comes from my family’s origins in Southern California and the six years I lived in Tucson, Arizona and Houston, Texas. Crossing into Tijuana, Tecate, Sonoyta, Nogales, Naco, Aqua Prieta, Boquillas del Carmen, and Ciudad Acuña was a regular occurrence when the opportunity arose. As a teenager, I saw a screaming Mexican woman dropped by her friends into the arms of the police as she was unable to pull herself over the wall at the US checkpoint in Tijuana. I was a passenger in Sonoyta where Mexican officials planted a bag of marijuana under the front license plate to “test the dogs” without informing us. I crossed the Rio Grande in a small rowboat to arrive in the tiny town of Boquillas del Carmen shortly after 9/11, learning the next day that activity was no longer legal. Moving freely between countries, albeit with great privilege, is what I had always known but now, the circumstances had changed radically.

In the two week span of my journey, the following transpired: the Supreme Court overturned an appellate decision and allowed the Trump administration to use $2.5 billion in Pentagon money for the wall’s construction; Donald Trump Jr. attended the WeBuildTheWall symposium in support of Sunland Park residents who took it upon themselves to erect their own wall, over public and private land in New Mexico; three days after leaving El Paso, a mass shooting occurred at a Walmart, targeting Mexicans and Mexican-Americans, killing 23 and injuring 23 others; and Ronald Rael’s Teeter-Totter Wall went viral as citizens from both sides of the border played with one another on pink seesaws. Simultaneously, I inflated and deflated the helium balloon, photographed it in Santa Elena Canyon, the Sierrita Mountains, and Border Field State Park. I quickly became more interested in talking to strangers and family, taking detailed notes about their experiences living and working this close to Mexico.

In the spring of 2020 during Covid-19, I constructed these barriers in my basement as close to the descriptions as possible, using popsicle sticks, painter’s tape, Brillo pads, copper tubing, string, and brass stock. I illuminated these jury-rigged creations with an i-Phone suspended from the ceiling, generating shadows which I projected over photographs and screen captures of relevant landscapes. The boundary lines and the stories I gathered were now intertwined. The sharp edges drawn on a map were suddenly blurred. The Rio Grande and Tijuana River Estuary marked the end of one country and the beginning of another, but also a melded culture and a historical and political divide. 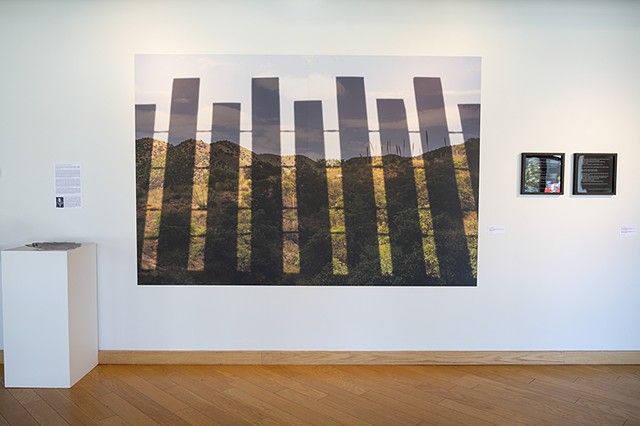 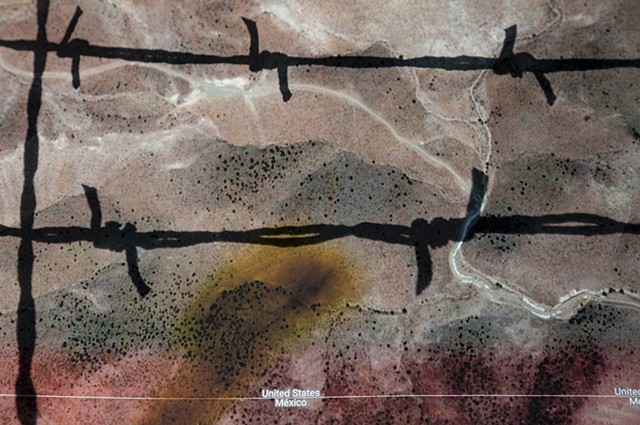 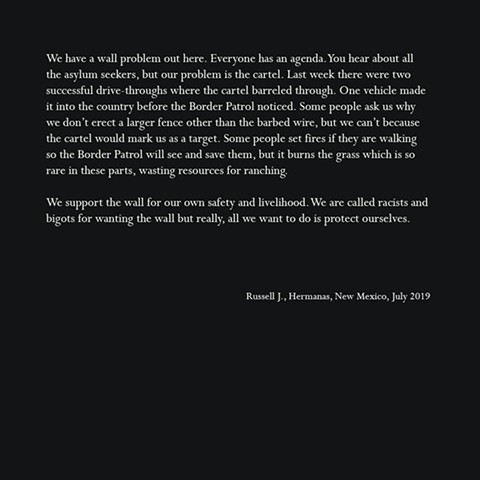 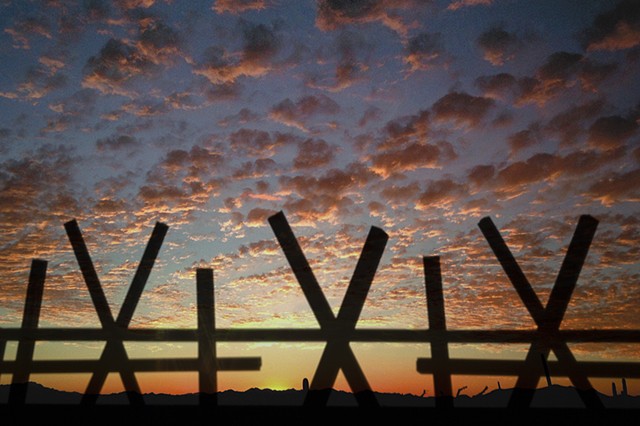 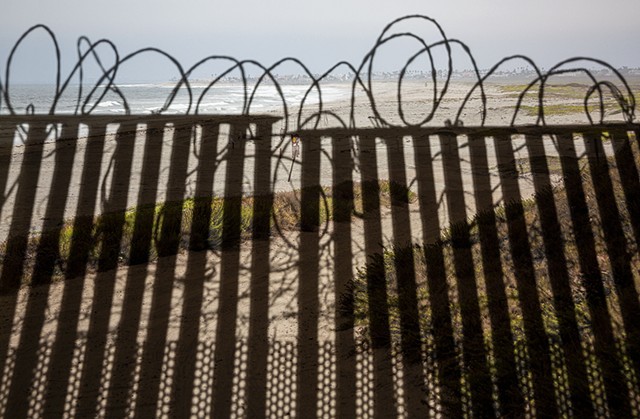 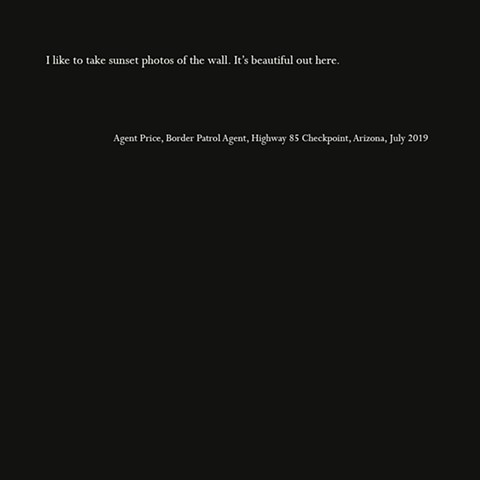 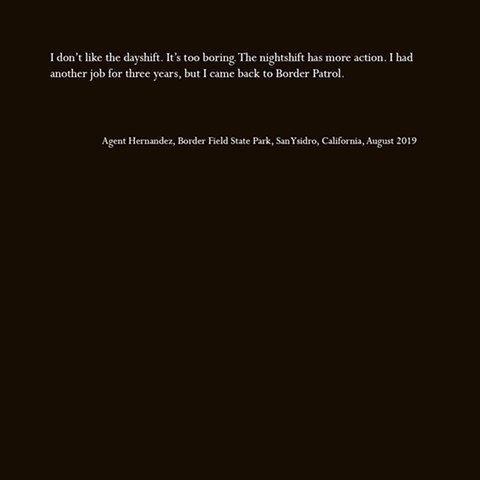 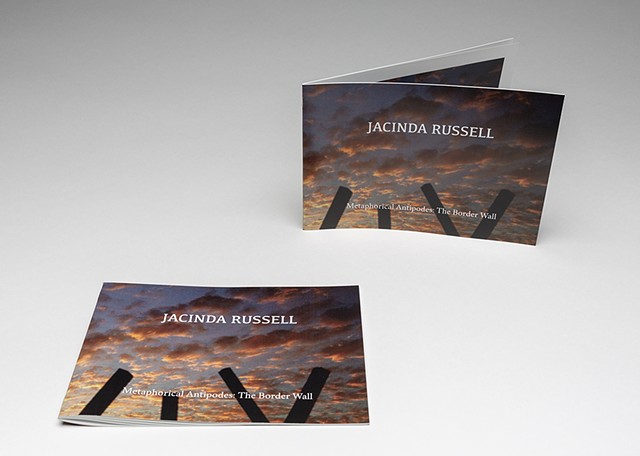 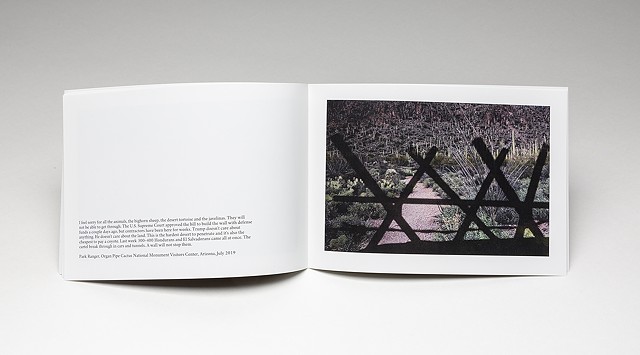 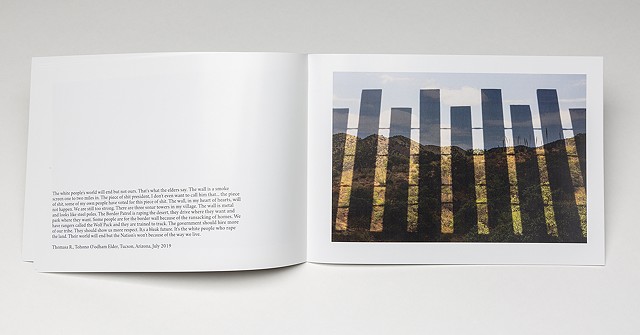 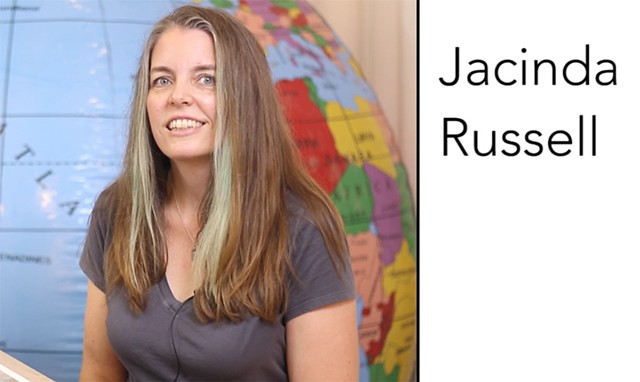